The Big Picture: Connections in a complex system

Home Stories The Big Picture: Connections in a complex system

The Naiqaqi River runs through the entire village and all the ecosystems it comprises. It flows from the rainforests on the surrounding mountains past the mangroves on the riverbank, through the plantations and farms to the households and vegetable gardens for which it provides water. These systems are closely connected – not only by the river, but the villagers themselves. They overlap and interact with one another, and with the kinship systems on which the community is built.

Understanding these systems and their connections with each other and with the community is crucial to help the people of Naiqaqi recognise their strengths, challenges and pathways to resilience. Identifying what connects the households to the hills reveals Naiqaqi itself.

But this can be difficult. To make it clearer, the Climate Resilient Islands programme helped the people of Naiqaqi map their village into five zones, showing the different systems they are part of and how they interact. These zones are categorised through a permaculture-based approach, and they range from places people go multiple times per day (Zone 1) to places modified little or not at all by humans (Zone 5). Some people play a role in only one zone while others are part of several systems. But every role, no matter how small, has an impact on another.

These connections can be complex. Climate Resilient Islands is using games to help communities like Naiqaqi visualise their participation in these local systems and the interconnectivity between them.

One of these games is called ‘The Big Picture’. This game involves a group of people standing in a wide circle. The facilitator throws a soft ball to the first group member, who then throws to someone else, and so on. But it’s no simple game of catch; the group must remember the order of who has thrown the ball to whom, while more balls are introduced throughout the game, adding complexity. This led to chaos and confusion, but eventually, to laughter, enjoyment and understanding. 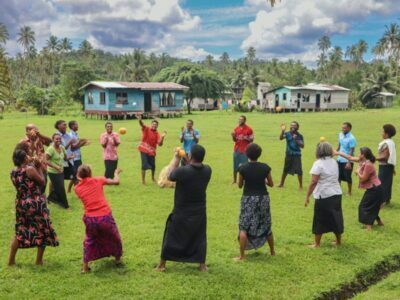 Samisoni Rakabu, Climate Resilient Islands Coordinator for Live & Learn Fiji, said in the trip report that this game helped the people of Naiqaqi understand their systems in a new way.

“This activity was a new concept to the community,” he said. “They were prompted to think from a wider perspective and try to relate the activity to the concept of systems.

“After a successful attempt, participants further discussed their personal roles in all the systems existing in the village, from a system as simple as their household, to a slightly bigger system of their plantations or livelihoods, to their church and kinship systems and to the more complex forest ecosystems.”

Through the game, the community developed a better understanding of the connections between local systems and their relation to topics like growing food, the surrounding forests and kinship. Communities are facing many issues, but by understanding their place in them and the relations between them it becomes easier to manage issues, which creates more resilient systems overall.

In practice, this may mean planting trees to not only promote local biodiversity but also decrease erosion, therefore preventing landslides, river pollution and rehousing due to home damage; or it could mean reducing monocropping due to its environmental impact and using more traditional agricultural methods instead.

Whatever the specific actions taken in a community, the Climate Resilient Islands programme is promoting the ability of every individual to influence their systems. Communities like Naiqaqi have many balls in the air. But no matter the challenges they face, none of these exist in isolation. Just as the river runs through all of Naiqaqi from the hills to the household, so too are the people of the village connected to each system, with each person having their own part to play.

“All systems, big and small, interact,” Samisoni said. “In order for the wholesome advancement of the village, one must understand that the person with the smallest role to play still has an impact in the most complex systems.” 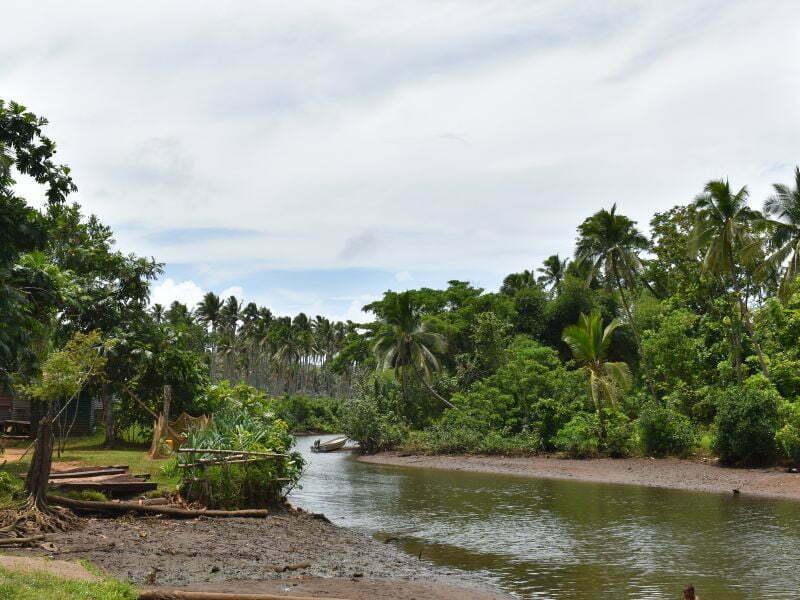