Empowering women to participate fully in all aspects of life is essential to build stronger economies, and improve the quality of life for families and communities. Live & Learn aims to promote equality between women and men in all aspects of economic, social and political life. We work towards the standard set in the Sustainable Development Goal 5 on gender equality - including the full and equal involvement of women in shaping the vision of development, setting development agendas, and determining needs and priorities....We work to establish strong and functional relationships with men and women in a community before introducing topics that could easily be perceived as attempts to influence culture and challenge men’s authority.

Our focus is on:

Our integration of gender analysis and empowerment of women has been strengthened through partnership with International Women’s Development Agency for many years on projects including research into power dynamics between women and men in the South Pacific, and on the publication of "Gender and economy in Melanesian communities" – a highly contextualised guide of indicators, tools and resources such as the "Floating Coconut" posters describing the role of women and men in formal and informal economies in Melanesia.

In partnership with the Australian Government and ChildFund Australia, Live & Learn piloted Red Cardim Vaelens - a two year men against violence against women program based in sports clubs in Solomon Islands. The project has had a transformative effect on male behaviour, with participants saying their ‘minds are opened’ concerning women’s equality and value, concepts of respect, leadership, communication skills, anger management and conflict resolution. The behaviour of team mates, club management and even sports fans concerning violence against women has changed dramatically. We are now working with Plan Australia to implement a four-year gender and socially inclusive water and sanitation project through the Australian government’s Water for Women fund. 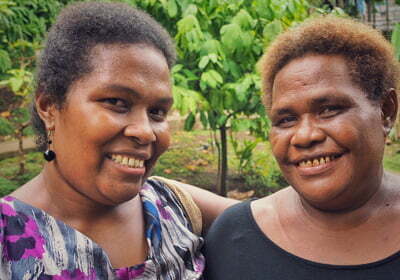 The women working for a better world

This year’s International Women’s Day theme, ‘Gender equality today for a sustainable tomorrow’, recognises that it’s only by including women in… Read More

The impact of Fiji’s recent COVID-19 outbreak has shocked the Pacific community. Over 39,770 Fijians are currently infected with the virus. Read More

Access to safe water, sanitation and hygiene (WASH) are essential in schools to provide children with a clean and comfortable learning environment… Read More
Previous Next