What roles can men play in ending gender-based violence?

While women-led organisations have had success in addressing gender-based violence and sexual abuse of women and girls in the Solomon Islands, there remains a need for men to play a role in prevention initiatives.

This RAP was conducted in 2012 to support the ‘Men Against Violence Against Women’ project, which aimed to train male advocates to stand against gendered and domestic violence in their communities.It aimed to understand how community members perceive issues related to gender-based violence, and to guide the design of culturally and socially appropriate development interventions.

This resource contains an overview of the key findings and recommendations, as well as details of the methods used to collect data. It addresses questions such as how to promote male-led initiatives, how to mobilise men on these issues and how to create community education hubs. 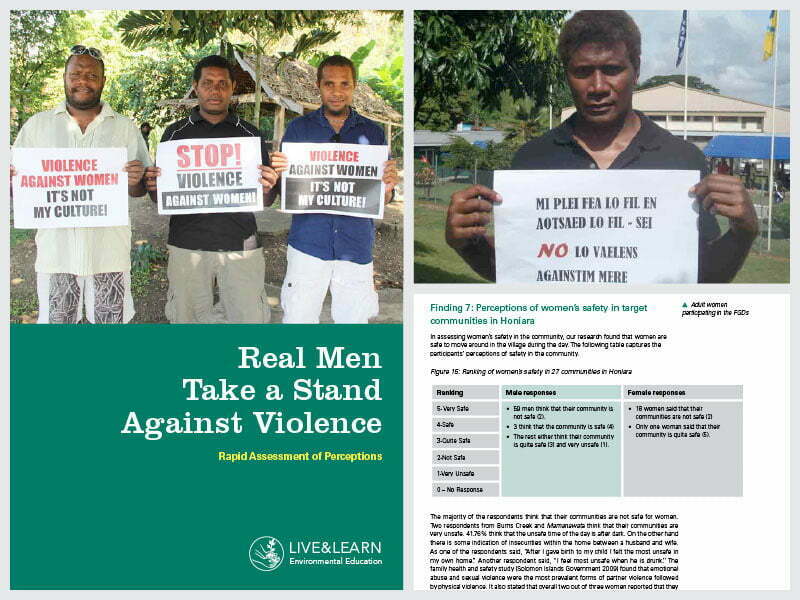