What role do public communicators play in raising environmental awareness?

Tonle Sap Lake is commonly referred to as the ‘heart’ of Cambodia. However, it is under under threat from human practices and population growth. This report was designed under Live and Learn’s ‘National Environmental Education and Awareness Campaign’. It was designed to provide information for researchers, journalists and writers interested in the Tonle Sap Lake area with the aim of improving the knowledge of public communicators around environmental issues.

The guide begins with some basic facts of the area, key dates, and frequently asked questions. It then introduces aspects of the Tonle Sap ecosystem, like its flooded forests, wetlands and unique seasons. It also discusses the resources that are found in this area, such as fisheries, and issues concerning resource management, such as access to drinking water and threats to biodiversity. 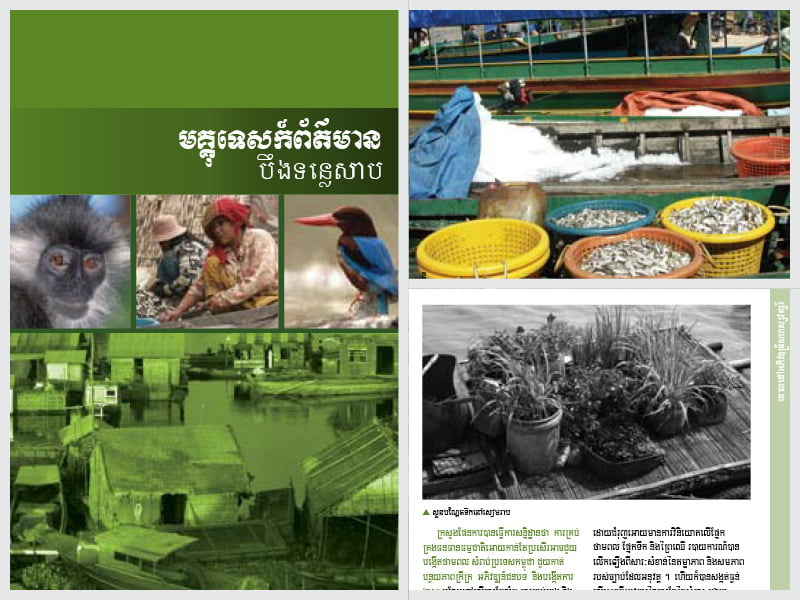